Alzheimers paranoia is very common. As the disease progresses the person affected will often become very suspicious. It is thought this behavior is a result of their altered perceptions of life around them. They may misinterpret what they see or hear. They may accuse family & friends of stealing from them. They often accuse the spouse of infidelity. This can be very hard for the spouse to deal with. The best thing you can do is to remain calm and be understanding. Remember it is the disease talking not the family member. Listen to what they have to say and be understanding. Try to keep the conversation short and simple. Change subjects, initiate an activity, or anything that may distract them.

Alzheimers illusions are similar to hallucinations. An illusion is when something is there but they misinterpret what they are seeing. An example would be a blanket on the floor yet they see it as a dog lying there. Illusions are also common with Alzheimer's Disease. If you can bring the object closer and show what it is then it is okay to do so. If they begin to argue or become agitated , it is best to go with the flow. Your goal is to keep them calm. It doesn't really matter if it is a dog or a blanket.

Delusions are also common with Alzheimer's Disease. They occur more often in the later stage. A delusion is a persistent false belief. Most delusions go along with Alzheimers paranoia. They may believe the caregiver is trying to harm them in some way or the mailman is spying on them. The belief will go on and on. Delusions are very difficult for family members. Do not argue with them! Reassure them they are safe. Are there any changes you can make that might decrease their stress?

Alzheimers paranoia, hallucinations, illusions, and delusions can be difficult for all family members involved. You will need to find what works best for you. If the problems become to difficult talk to your family physician. There may be medicines which can help. Keep in mind that some medicines can also cause hallucinations. If the behaviors started after a new medicine was started make sure your doctor is aware.

There are also several natural calming ingredients which you can try. You can find them at your local health food store or online.

Do you know what stage of Alzheimer's Disease your loved one is in?

Do you know what to watch for next?

Do you have sitters coming in and need to have a better system to help them provide the best care?

Does your loved one have behaviors that you should be tracking?

Do you have all of the information written down you need when you go to your doctor visits to help them understand what needs you may have? 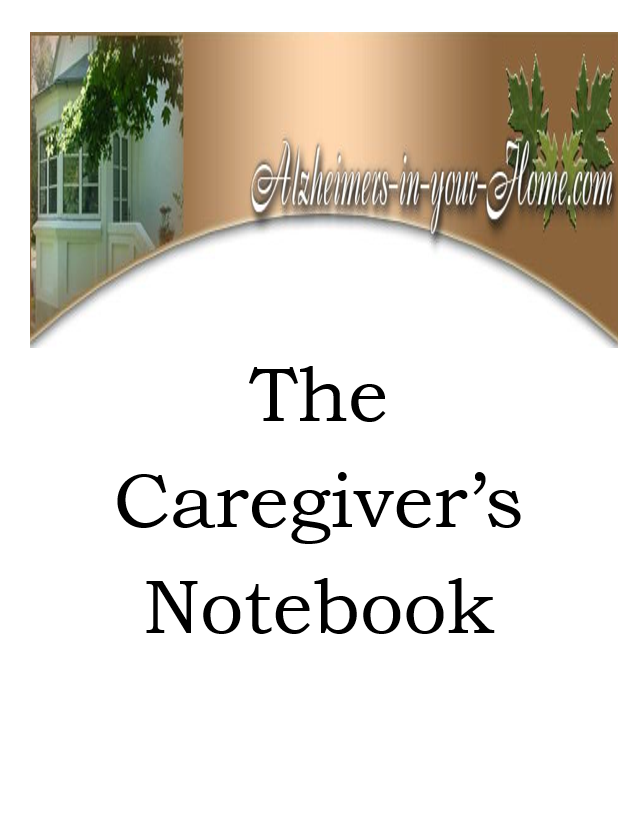 The Caregivers Notebook will help you recognize what stage your loved one is in and prepare for what is coming next for your loved one.

It is very important you understand the disease and know what is coming next!

I also have an Alzheimers Blog site

Please check it out if you have time, I believe there is a lot of information you may find helpful.